The Unconscious Influence of Names: What is Really Going On? 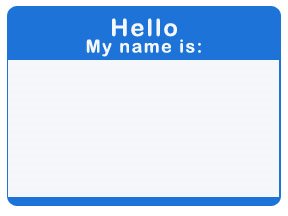 Sounds a bit far-fetched, but the study compliments other research which also illustrates how names unconsciously influence our behavior. A study back in 2002 demonstrates that names “nudge” some major life decisions such as where to live, what profession to work in, and whom to marry. As Jonathan Haidt explains:

There is more, another study found that “alphabetic name ordering on multi-authored academic papers… is to the advantage of people whose last name initials are placed early in the alphabet.” This means that if your last name is Anderson, you would have, on average, published more articles and had a more successful career than if your name is Zimmerman.

The unconscious influence of names has been well documented at this point – it is nothing new really – but researchers are still trying to figure out what to make of the findings. Any ideas?

Points for best first and last A and Z names. Aziz Ansari?

Tags: Implicit Egoism, Jonathan Haidt, Psychology, The Benefits of Being Economics Professor A, The Last Name Effect
From: Uncategorized
← Matt Damon Brings Back Will Hunting
Genetics & Brokers: Why We Are Horrible at Predicting the Stock Market →
9 Comments Post a comment