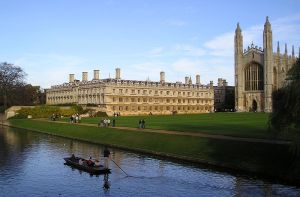 For the British social psychologist Liam Hudson, IQ as a measurement for achievement is a lot like height in the NBA, past a certain threshold, it doesn’t matter. In the NBA, that threshold is about 6 feet. Baring a few exceptions, nearly every player in the NBA Hall of Fame is at least 6 feet tall. For IQ, the threshold is around 120. Geniuses like Isaac Newton and Blaise Pascal sported IQs well over 150. But Richard Feynman, winner of the 1965 Nobel Prize in Physics and widely considered one of the greatest physicists of all time, did just fine at 120. A high IQ correlates with things like good health, high salary and high academic achievement, but it guarantees little in terms of personal success. Indeed, scores of people with an IQ above 120 go on to accomplish next to nothing.

Malcolm Gladwell brings this research to light in his 2008 book Outliers. In addition, he examines the relationship between Nobel Prize winners and the colleges they graduated from. We tend to think that a Nobel Prize requires a diploma from an elite university, but a degree from elite institution does not matter as much as one might think. Gladwell looked at winners of the Nobel Prize in Medicine and Chemistry and found that they represented a wide range of colleges including Hope, Hunter, Holy Cross and Antioch. He concludes that a good education, not an elite education, is sufficient.

Yet, would knowing this change anything? Would anybody turn down a few free IQ points? Would someone turn down Harvard for the University of Florida? No. Despite what the data suggests, we’re still obsessed with being the smartest and getting into the best school.

This is why education in the United States is thought of as an ascent: we progress upwards from 1st grade; a 4.0 is better than a 3.0 which is better than a 2.0; the valedictorian is at the top of his class; we move up in class rankings but not down.

The drive to be at the apex of society is a good attribute in the competitive world. But creativity isn’t linear; it’s about thinking laterally. It’s about reaching across domains to bring two seemingly unrelated ideas together to create one original idea. It’s about what exists at the periphery. It’s about, as Steve Jobs said, “connecting things.”

[They] don’t follow the crowds; they seek out the blank spots on the map. Creative people wander through faraway and forgotten traditions and then integrate marginal perspectives back to the mainstream. Instead of being fastest around the tracks everybody knows, creative people move adaptively through wildernesses nobody knows.

Now think about the competitive environment that confronts the most fortunate people today and how it undermines those mind-sets. First, students have to jump through ever-more demanding, preassigned academic hoops. Instead of developing a passion for one subject, they’re rewarded for becoming professional students, getting great grades across all subjects, regardless of their intrinsic interests. Instead of wandering across strange domains, they have to prudentially apportion their time, making productive use of each hour.

Not exactly. Creative output is the product of its social and intellectual environment. There’s a reason ancient Athens was home to the best philosophers, Elizabethan England had the best playwrights, Silicon Valley harbors the world’s top tech entrepreneurs and North Korea doesn’t produce the same amount of Nobel Laureates as the United States. Certain circumstances favor creative expression.

Brooks would agree. However, his worry (and mine) is that on the path to improvement we’re ignoring the side roads. That is, competition should be thought of as a means to a niche – a place people go to create a creative monopoly. In today’s hyper competitive world, however, competition is a means to an end; we’re competitive just for the sake of it, and what’s lost is a willingness to be creative just for the sake of it.

This brings me back to Outliers. The lesson from the research that Gladwell highlights is that after a certain point in one’s academic career it’s important to focus less on better grades, test scores, acceptance letters and more on thinking laterally and seeking out original ideas. Indeed, understanding society only as a competitive myopia is a real creativity killer.