The Psychology of Attraction: How To Flirt With Science 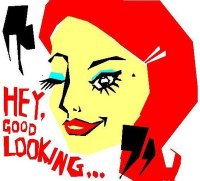 A lot has been written on the science of attraction lately. So I thought I would pick a few of my favorites studies and create a brief guide. Since all of these studies identify what unconsciously influences attraction, you can check your go-to pick up lines at the door – we’re talking science here. Below are four points you should keep in mind next time you’re “on the prowl.”

1. The first is a classic in the psych world. Conducted back in the 1970s, psychologists Donald Dutton and Arthur Aron wanted to see if “sexual attractions occur with an increased frequency during states of strong emotion.” To do this, they set up two experiments. In one, they placed an attractive female interviewer in the middle of a “fear-arousing suspension bridge,” and in the other, they placed an attractive female interviewer in the middle of a “non-fear-arousing suspension bridge.” The instructions were the same in each scenario. Whenever male participants walked by, they asked them to a) fill out a questionnaire and b) examine an illustration of a woman covering her face and then make up a back story explaining it. In addition, they told the men that they would be happy to discuss the study later that night if they had any questions, and gave them their numbers on a piece of paper. 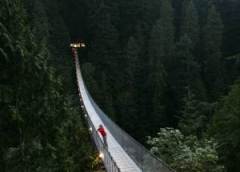 Dutton and Aron found that men interviewed on the “fear-arousing suspension bridge” called the interviewer back 50% of the time while men interviewed on the “non-fear-arousing bridge” called back 12.5% of the time. In addition, the former group were much more likely to describe the back story sexually than the later group. So if you are feeling nervous about talking to that special someone, go do something that excites your nerves first.

2. The second point comes from Yale psychologist John Bargh, who specializes in the effects of priming. Priming is an implicit memory effect in which exposure to stimulus or stimuli influences responses to later stimulus or stimuli (for example, if you took a multiple choice test that contained words that evoked “oldness” – e.g., Florida, gray, weak – you would subsequently walk slower than if you took a test that didn’t contain old words). In an experiment run a few years ago, Bargh had participants hold either warm beverages or cold beverages and indicate if they thought a confederate had a warm or cold personality. He found that the participants who held warm beverages judged the confederate to have a warm personality while the participants who held cold beverages judged the confederate to have a cold personality. So the next time you go on a date, take her/him out for coffee instead of ice cream. (The video below describes priming well).

3. I blogged about the third point a few months ago, and it essentially comes down to this: men unconsciously detect menstruation and are turned off by it. Don’t think so? Let’s look at the data. In a 2006 study, researchers from the Czech Republic found that men can recognize if females are on their period through smell. The researchers gathered odor samples from 12 women by having them place cotton pads under their armpits for 24 hours. Then, they had men smell the cotton pads and rate their intensity, and attractiveness. They found that “odor from women in the follicular (i.e. fertile) phase was rated as the least intense and the most attractive [and vice versa].” In addition, a study done in January showed that “men and women judge photographs of women’s faces that were taken in the fertile window of the menstrual cycle as more attractive than photographs taken during the luteal phase.” Put differently, women are most attractive just before ovulation. So ladies, the next time you go out, remember that guys can smell and see the menstruation. And dudes, if you think she is cool and cute but something is just a bit “off,” give it a few days.

4. The fourth point comes from psychologists Sarah E. Hill and David M. Buss at the University of Texas at Austin. Hill and Buss found that “women rated men more desirable when shown surrounded by women than when shown alone or with other men (a desirability enhancement effect). In sharp contrast, men rated women less desirable when shown surrounded by men than when shown alone or with women.” How can you use this to your advantage? If you are a woman, surround yourself with women; if you are a man, surround yourself with women. Easy enough.

On one hand, the science of attraction is simple: we are motivated to pass on our genes. Beyond this, who knows? What I have outlined here really only scratches the surface. Psychology needs at least a few more decades to even begin to understand attraction. For now though, keep these four pointers in mind: 1) Do something that is emotional stimulating before flirting. If there isn’t a suspension bridge near by, do your best to find an equivalent 2) Remember that physical warmth causes people to perceive personal warmth 3) Be wary of the unconscious influences of menstruation 4) Know that the group of friends you go out with influences your desirability.

As I mentioned in the introduction, these findings all describe unconscious motivations. So in this regard, there is only a certain amount of control you can have. However, you can take advantage of these motivations now that you are aware of them.