Americans are not well: reported levels of subjective happiness haven’t budged in years, divorce rates are hovering around 50%, and tons of money doesn’t seem to do the trick. So what’s going on? Social scientists, economists, and politicians give us their reasons, but most are speculative and lack legitimate evidence. Thankfully, psychologists are weighing in with some data-backed answers. It’s sad news though. As psychologists publish more and more happiness studies, it is becoming clear that the biggest problem is our intuition. When it comes to well-being, our gut feelings are usually way off the mark.

This error manifests itself in a number of ways, one of which regards our intuitions of incentives. We think that monetary incentives make us more productive and better off when many times the opposite is true. Let me explain.

In the 1960s psychologist Sam Glucksberg devised a simple task. Participants were given a box of tacks, a box of matches, and a candle and told to light the candle and fix it to the wall so the wax wouldn’t hit the floor. Here was the catch: the faster participants accomplished the task, the more money they made – 5$ for those who solved it faster than 75% of people, and 20$ for those who solved it the fastest (keep in mind these are 1960 prices). With the incentives in place, most melted one side of the candle, stuck it to the wall and watched their idea helplessly melt away. A few minutes later, participants got creative and realized the solution; they placed the candle in the box and tacked the box to the wall – thinking outside of the box helps after all.

Here’s where things got interesting. Glucksberg ran the same experiment again but removed the monetary incentive. While conventional wisdom tells us that monetary incentives improve performance, Glucksberg found just the opposite: those who weren’t incentivized accomplished the task three and a half minutes faster. Why?

According to Daniel Pink, who writes about Glucksberg in his latest book Drive, “rewards, by their very nature, narrow our focus…. as [the candle] experiment shows, the reward… blinkered the wide view that might have allowed [participants] to see new uses for old objects.” This means that monetary incentives taper our creative juices – you could think of them as creative brain drains.

Complimentary results were found by Dan Ariely et al. In a series of clever experiments, Ariely divided participants into three groups, low bonus, medium bonus, and high bonus and had them try their hands in six mini games: packing quarters, Simon, recall the last three numbers, labyrinth, dart ball, and roll-up. The rules were straightforward, the better they performed on the mini games the more they were paid, but if they didn’t perform to a certain standard they were paid nothing. After running the participants Ariely found that “those who could earn the small bonus (equivalent to one day of pay) and the medium-level bonus (equivalent of two weeks’ worth of work) did not differ much from each other… [however] those who stood to earn the most demonstrated the lowest level of performance.” When the stakes are high, our ability to perform vanishes (if you don’t think this is true, go talk to Greg Norman, Jean Van de Velde, or Alex Rodriguez during October).

Pink and Ariely are suggesting two things: monetary incentives cause 1) a decrease in creativity and 2) a decrease in performance. So how is this related to well-being?

Along with strong social and romantic relationships and several other factors, the ability to engage in optimal experiences, what psychologist Mihalyi Csikszentmihalyi calls Flow, greatly contributes to well-being. What’s Flow? As Csikszentmihalyi explains, it is the “climber [feeling] at one with the mountain, the clouds, the rays of the sun… the surgeon [feeling] at one with the movements of the operating team, sharing the beauty and the power of a harmonious transpersonal system,” or the chess master being “fully enthralled” in a match. Put simply, flow is being in the zone. Those who achieve it almost always describe themselves as having a strong sense of purpose and meaning, and a genuine and intrinsic love for what they do – work is not work for them in other words. 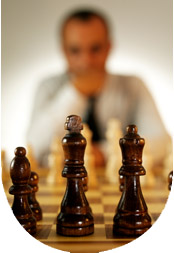 The problem is that the highly monetarily incentivized economy discourages flow. As Pink describes, “too many organizations… still operate from assumptions about human potential and individual performance that are outdated, unexamined, and rooted more in folklore than in science. They continue to pursue practices such as short-term incentive plans and pay-for-performance schemes even in the face of mounting evidence [which shows that such practices] usually don’t work and often do harm.” This is what the research by Glucksberg and Ariely illustrates; that when money is on the line, our performance and creatively decreases, we are pushed further from flow-like activities and our well-being suffers as a result.

Luckily, some companies recognize this and have taken action. Google’s “Innovation Time Off” encourages employees to spent 20% of their work time on personal projects, and once a quarter Australian software company Cannon-Brookes sets aside an entire day for its engineers to work on any software problem they want to. They’ve paid off; when employes are allowed to pursue personal goals, as opposed to goals placed on them, they “get in the zone,” produce more and report being better off (you can thank “Innovation Time Off” for your gmail account by the way). Unfortunately, the vast majority of businesses haven’t adopted similar models, and many unhappy employes could likely attest to this.

To be sure, I am not denying the value of monetary incentives, but understanding that they do not work absolutely is vital. I am also not saying that flow is a recipe for well-being, though it is an important ingredient. The take away is that monetary incentives prevent people from engaging in flow, which thereby decreases productivity, creatively, and most importantly, well-being. It is a cliché and obvious to suggest that people are better off when they are intrinsically motivated, but its seem like we continue to ignore this simple fact.

Tags: Cannon-Brookes, Dan Ariely, Daniel Pink, flow, Incentives, Mihalyi Csikszentmihalyi, Psychology, Sam Glucksberg
From: Uncategorized
← The Embodiment of Time, Tenderness, and Weight
Is It Possible to Not Judge A Book by Its Cover? →
9 Comments Post a comment